Macarons are a classic French pastry dating from the 1500s, although they didn't always look how they do today. Originally an almond-based cookie, it wasn't until 1830 that they were assembled in the familiar sandwich form, with fillings like jam, ganache, and buttercream. In the 1900s, the famous patisserie Ladurree introduced to the world the colored macaron, and with it, the wide variety of flavors they are known for today.

In this recipe you will learn how to make a delicious, delicate cookie perfect for a high school french class or mom's book club. As a note, Macarons are a different cookie than Macaroons. In this recipe, we will be making the macaron, the french sandwich cookie, whereas the macaroon is a coconut based cookie dipped in chocolate. This is an important clarification to understand before making either cookie.

A batch of macarons requires an attention to detail in finding and preparing the ingredients correctly, as they are a delicate pastry. The shells begin with whipping and combining egg whites, cream of tartar and sifted almond flour along along with other ingredients for the bases of the macarons. Any filling can be used in a macaroon, but in this recipe we will also be making buttercream filling including butter, eggs, sugar and vanilla.

Step 1: Gather all ingredients and equipment needed for the recipe. 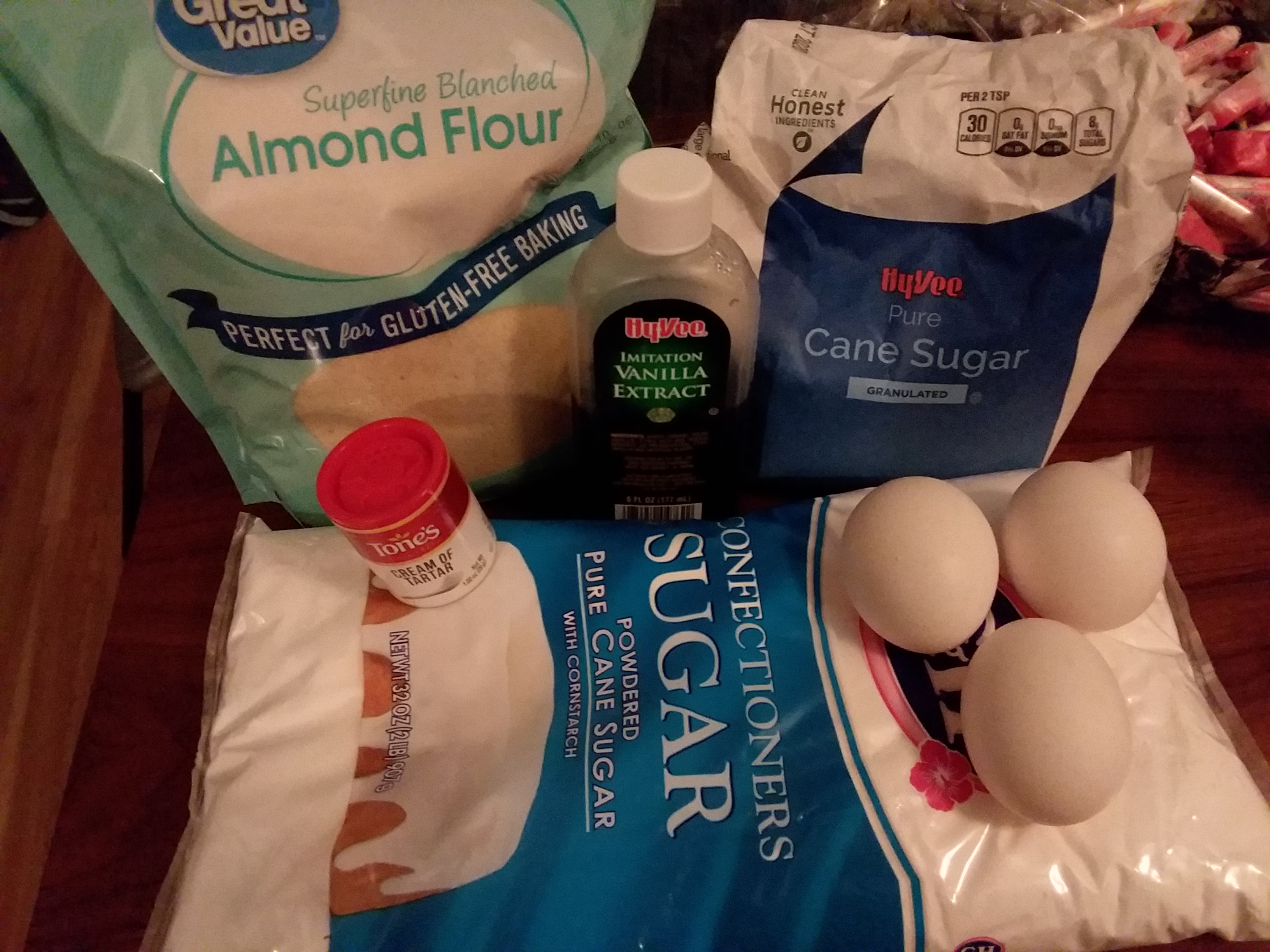 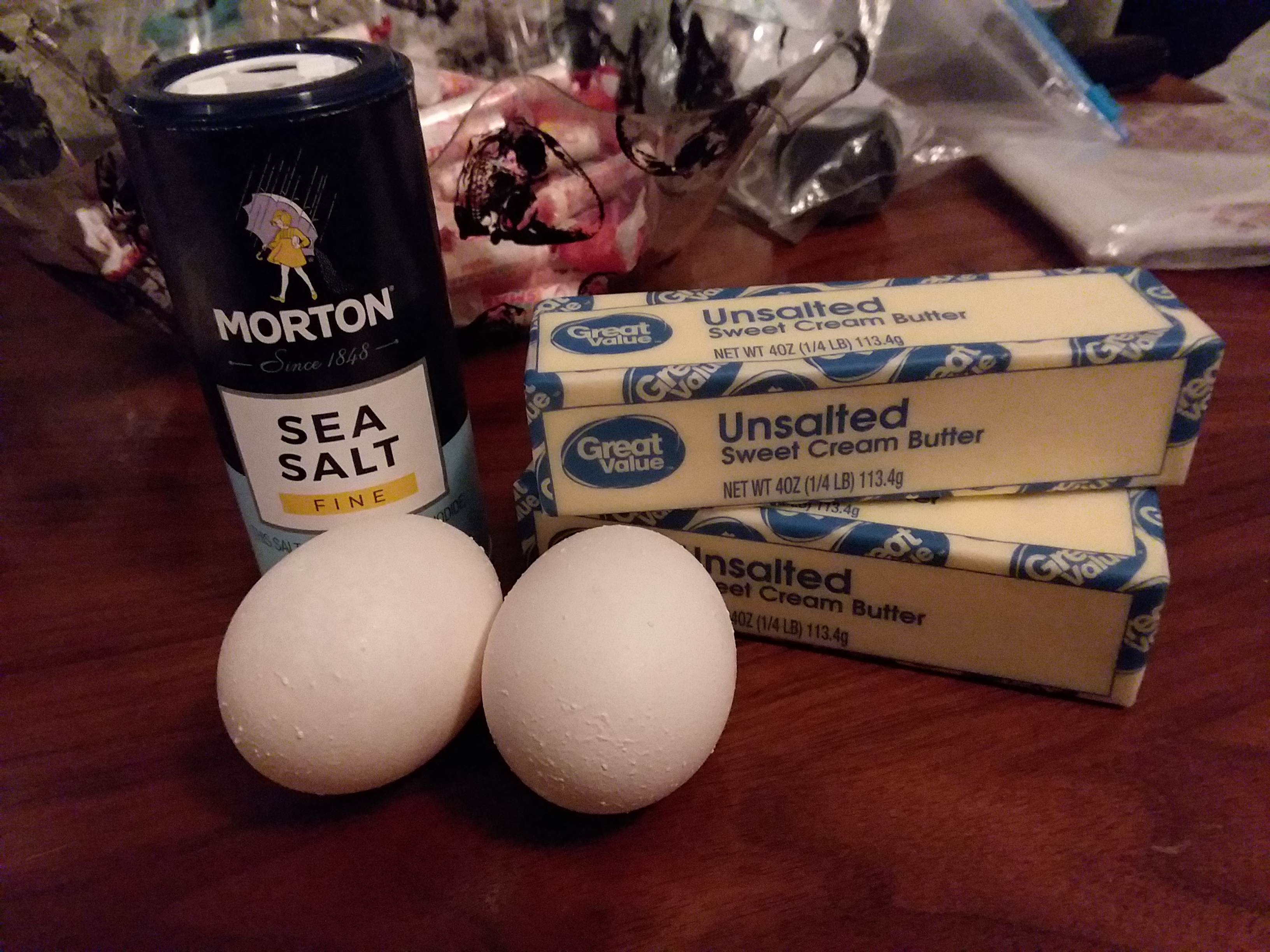 Step 2: In one bowl, sift together the almond flour and powdered sugar. Do not force through larger particles: a finer mixture will make better macarons. If you want one, add in your shell flavoring now. 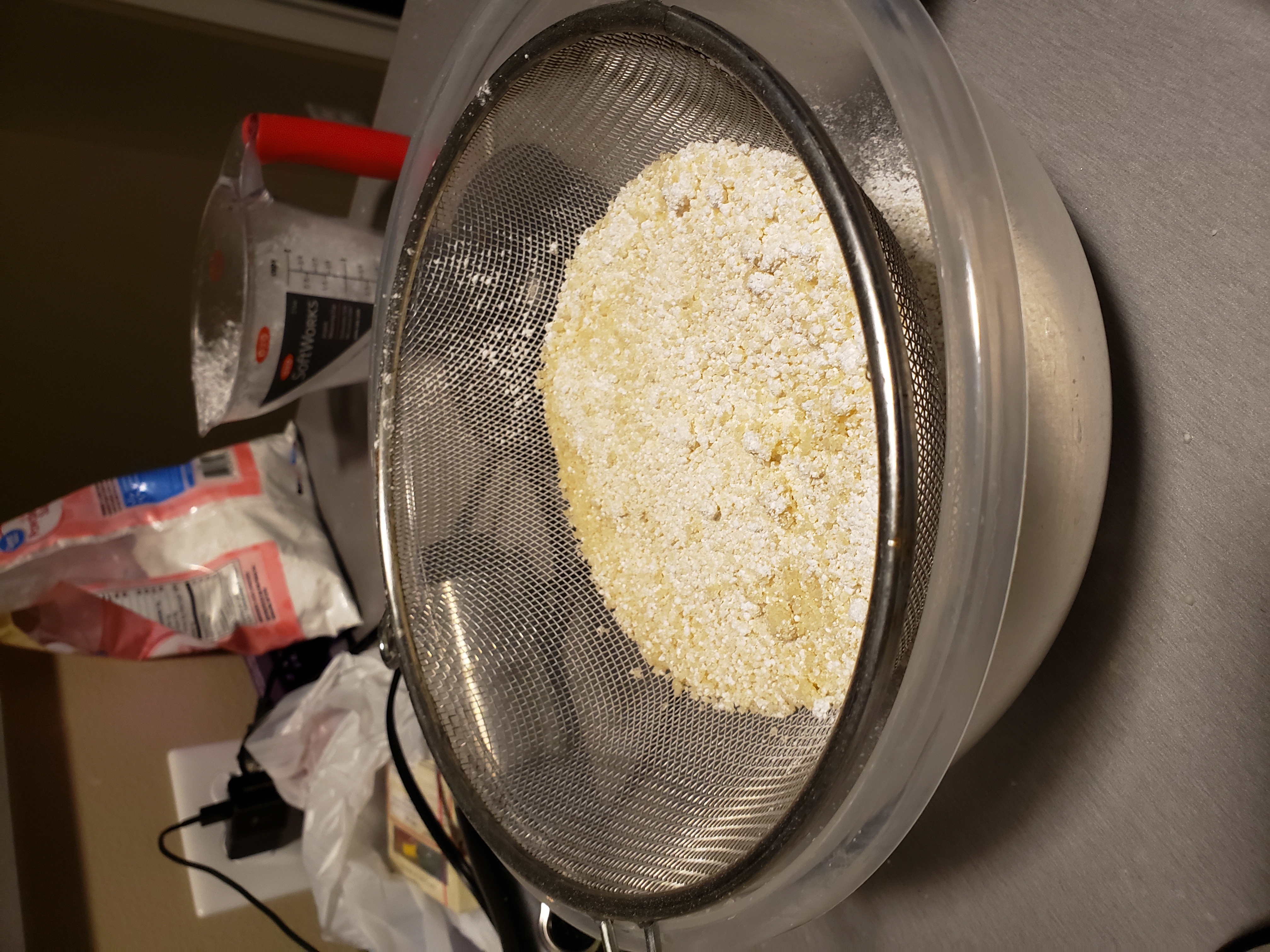 Step 3: In another bowl, add the egg whites and beat with a hand-mixer until they begin to foam. Set aside the yolks in another bowl to use in the buttercream. 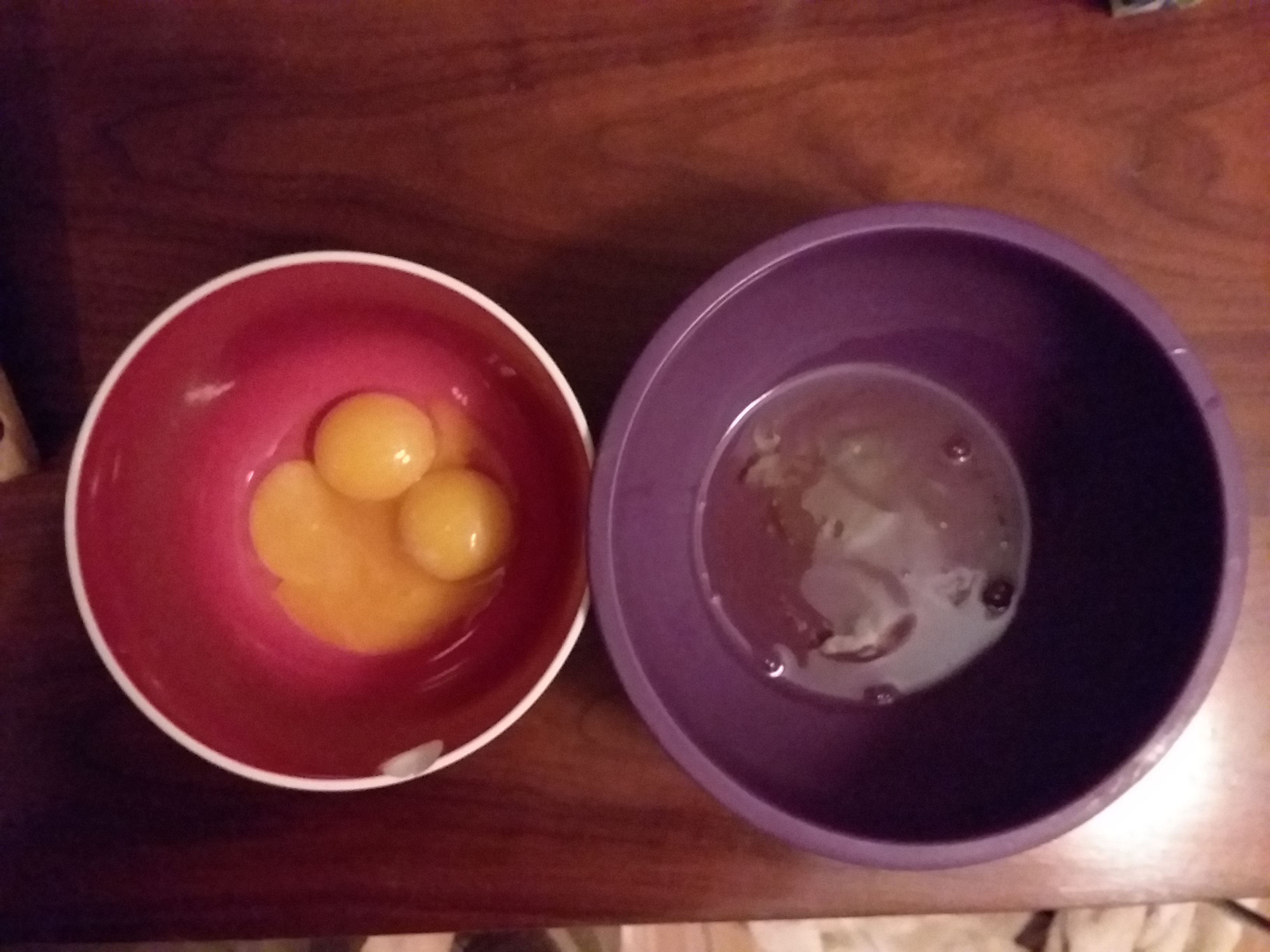 Step 4: Gradually add the cream of tartar and granulated sugar to the egg whites while mixing. If desired, add 2-3 drops of food coloring as well. 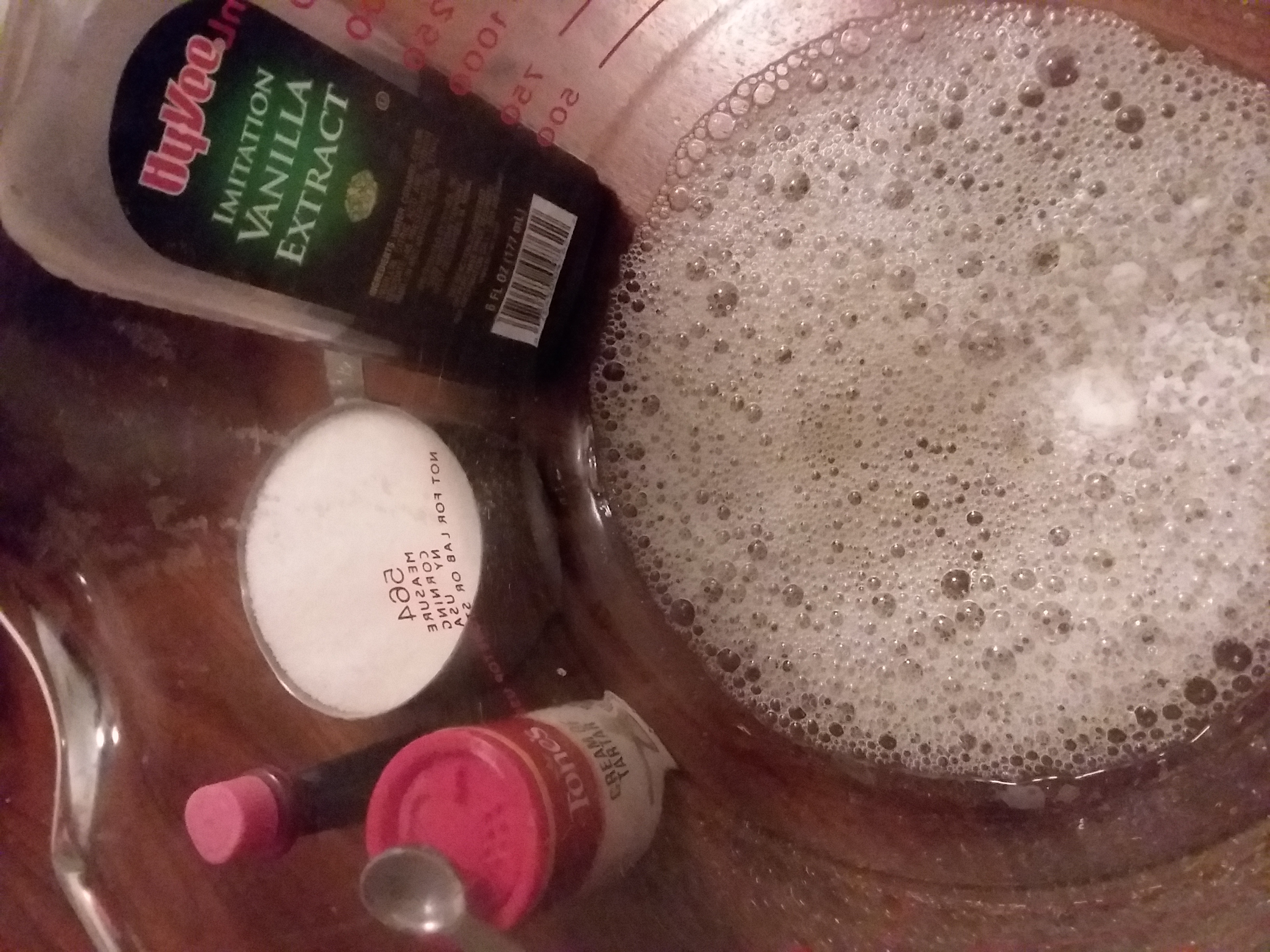 Step 5: Continue beating mixture until stiff peaks form. This will take some time; the mixture is ready once it keeps its shape and sticks in the whisks. 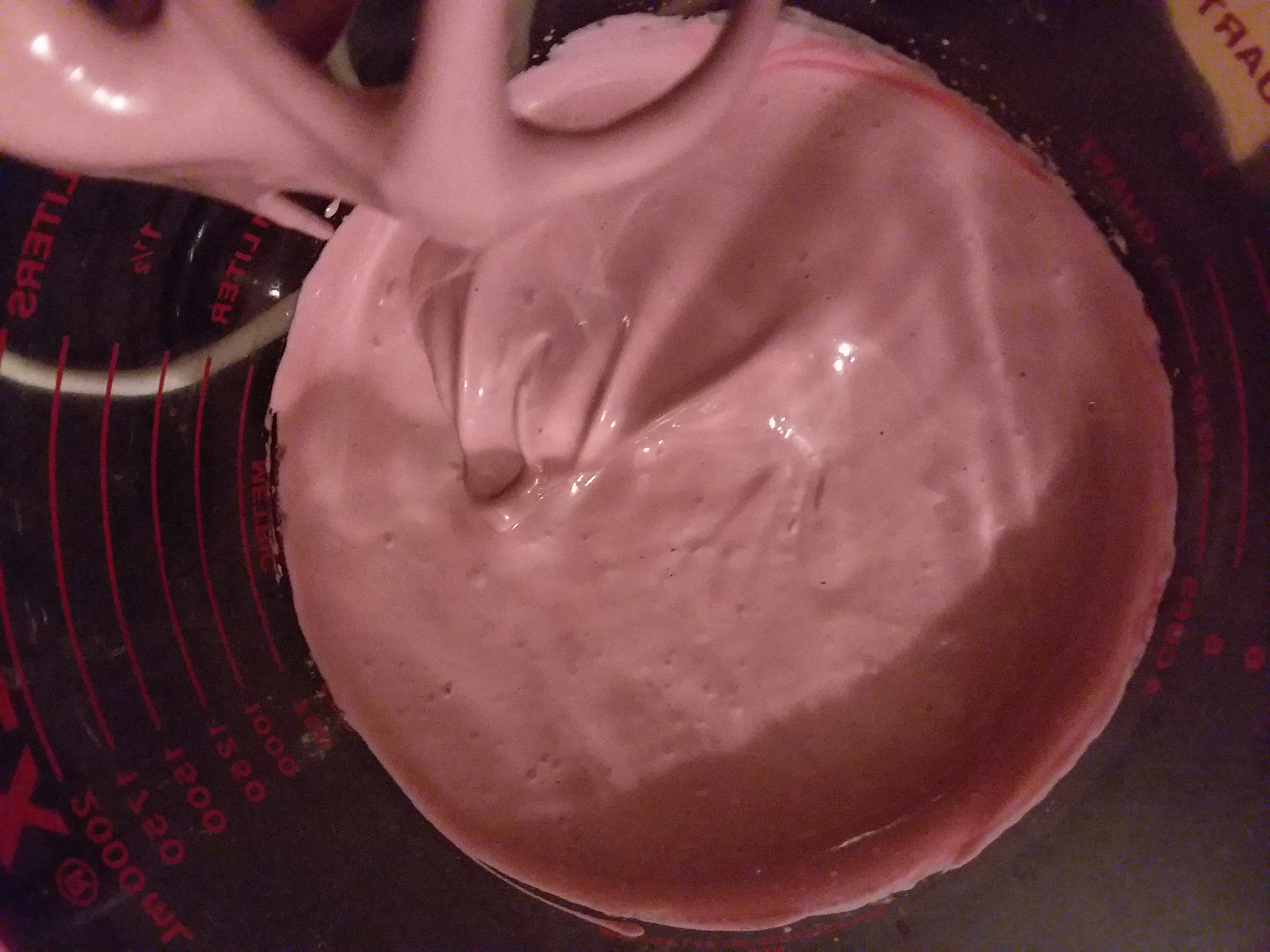 Left: Soft peaks slowly meld back into the batter. Right: Stiff peaks stay standing on their own.

Step 6: Using a spatula, fold in the flour and sugar mixture from step 2 one third at a time. 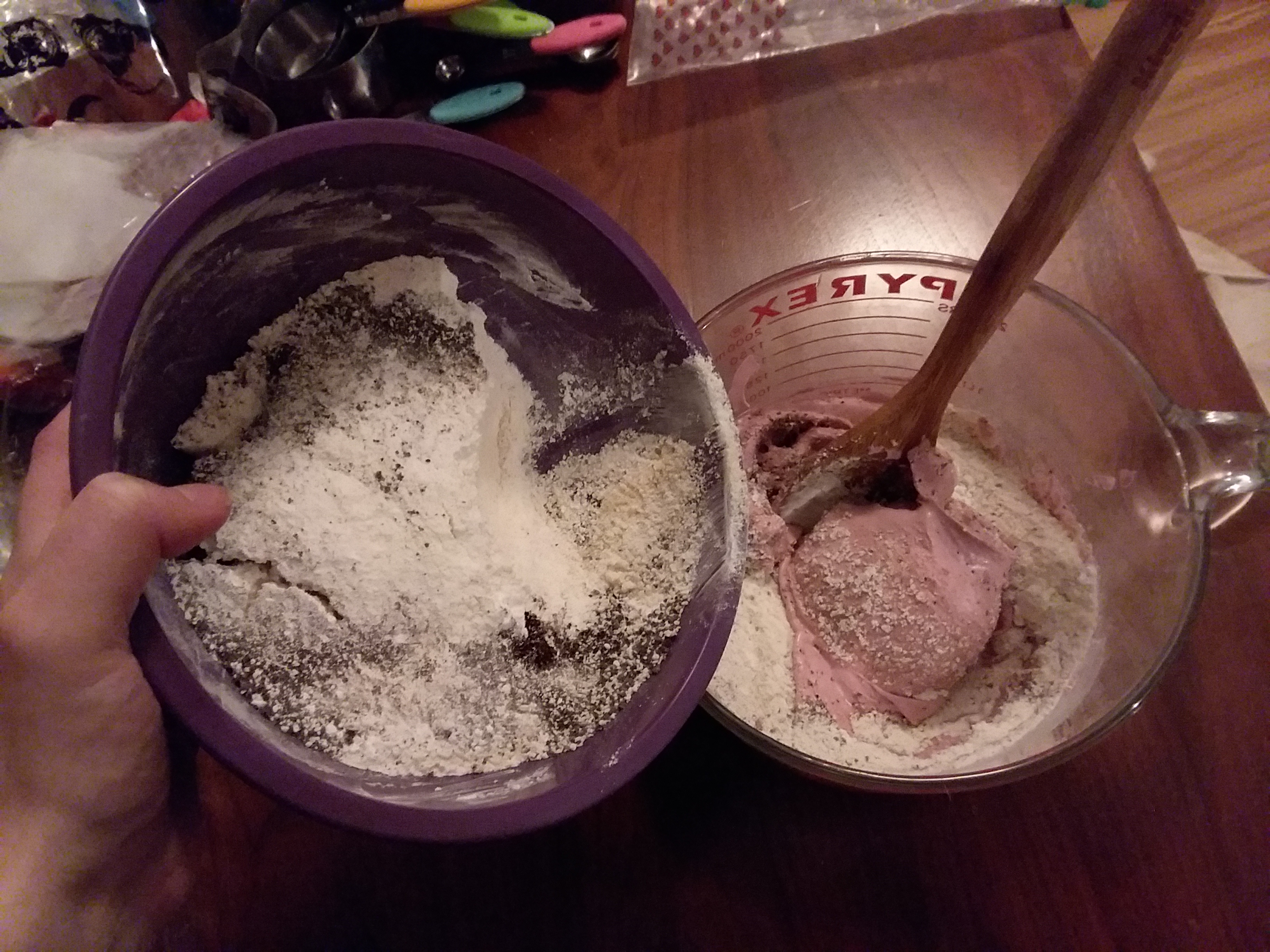 Step 7: Spoon the mixture into a piping bag and pipe 1-inch circles onto a pan lined with parchment paper. Try to keep the bag as perpendicular to the pan as possible, as this will help the macarons bake more evenly in the oven. 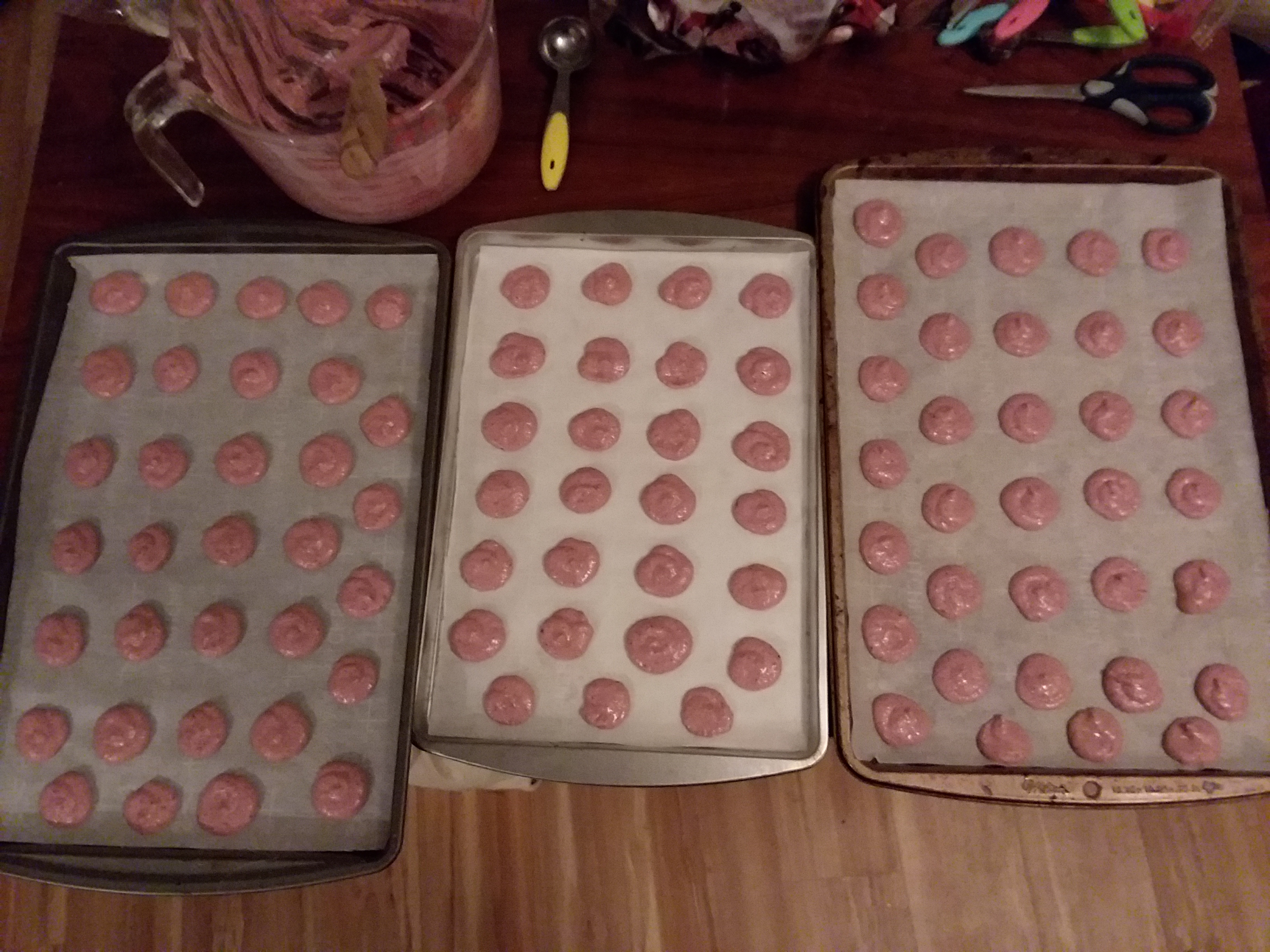 Step 8: Tap the pan on a towel-covered counter to get any large air bubbles out, then leave the macarons to sit for 40 minutes to dry before baking. Preheat the oven to 320F after half an hour. 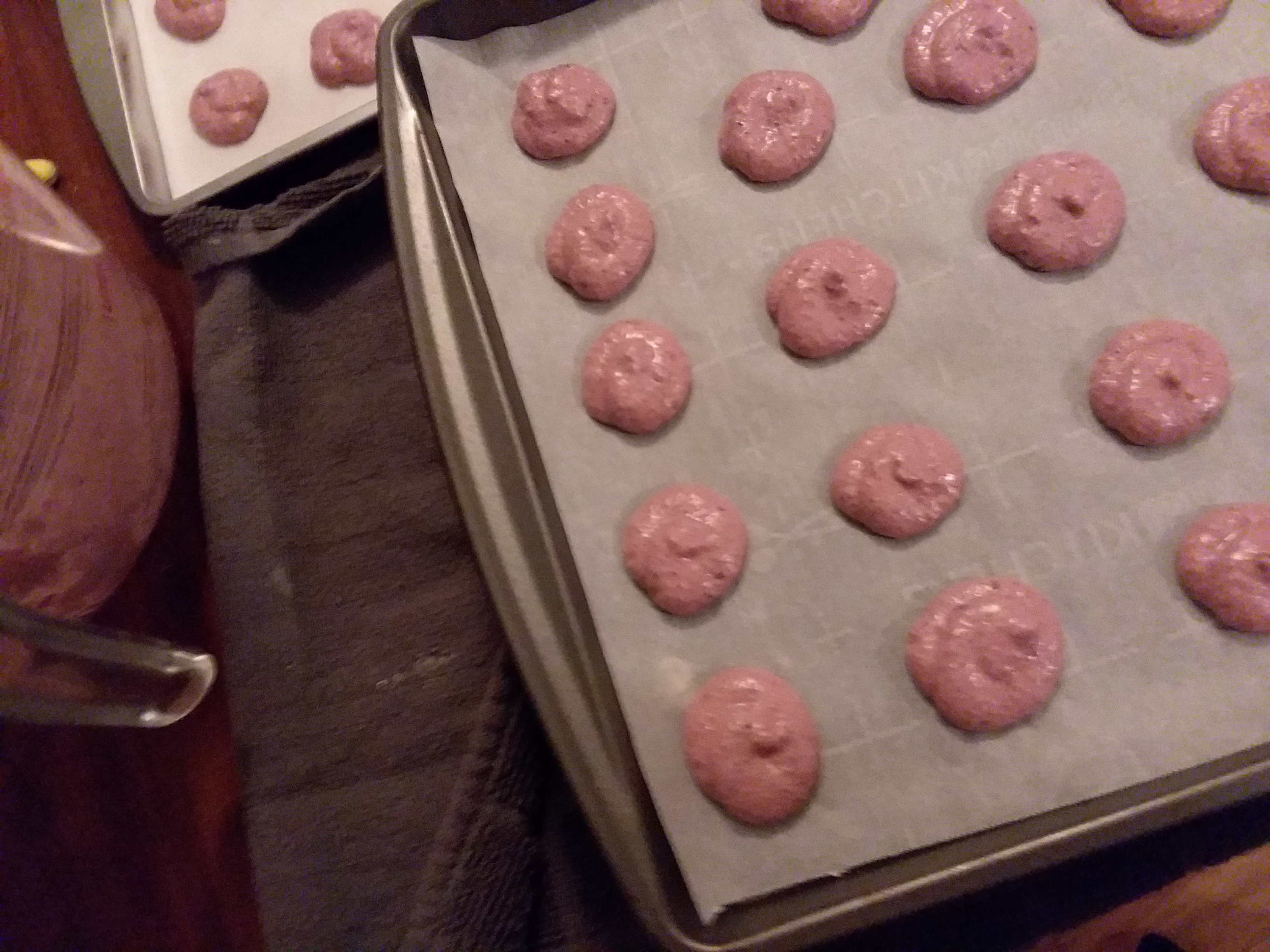 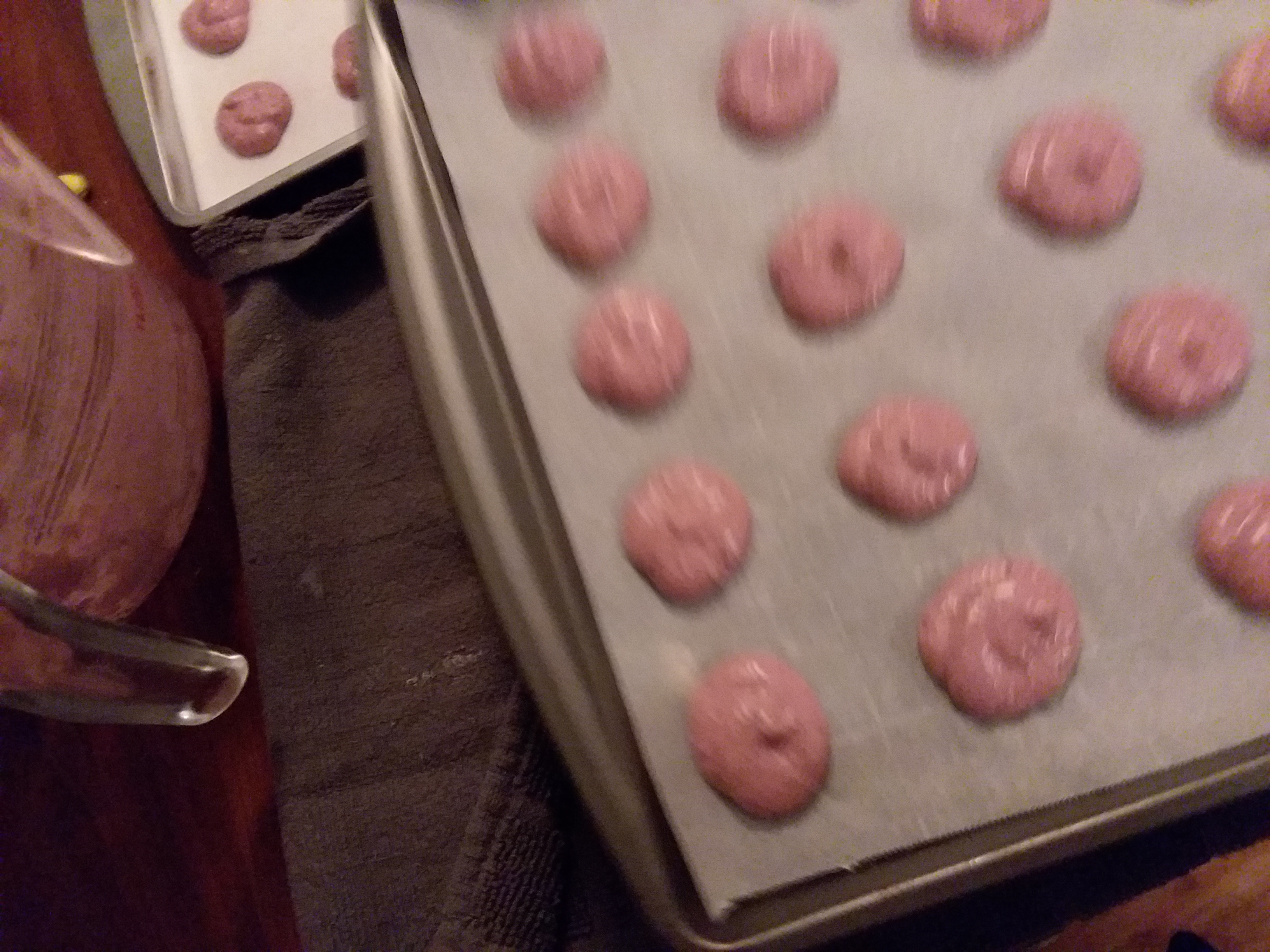 While you're waiting for the shells to sit is a great time to make the buttercream filling.

Step 9: Bake the macaron shells at 320F for 12-15 minutes. They are ready when the tops are stiff (don't give from a gentle touch) and they've grown a small layer of "feet" underneath. They should not brown. 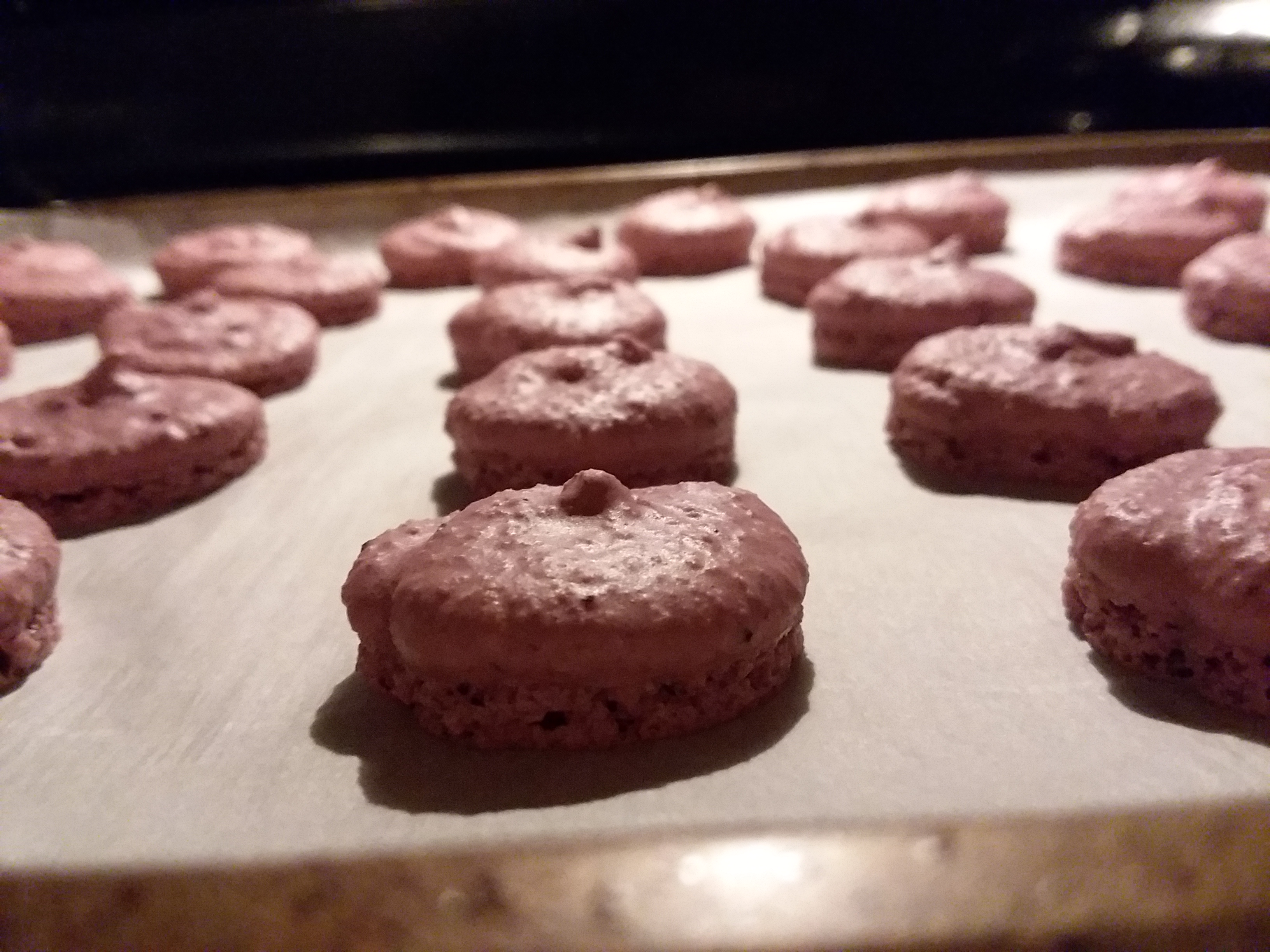 Step 10: Let the shells sit on the pan for 10 minutes, then move the sheets to a cooling rack to cool completely. 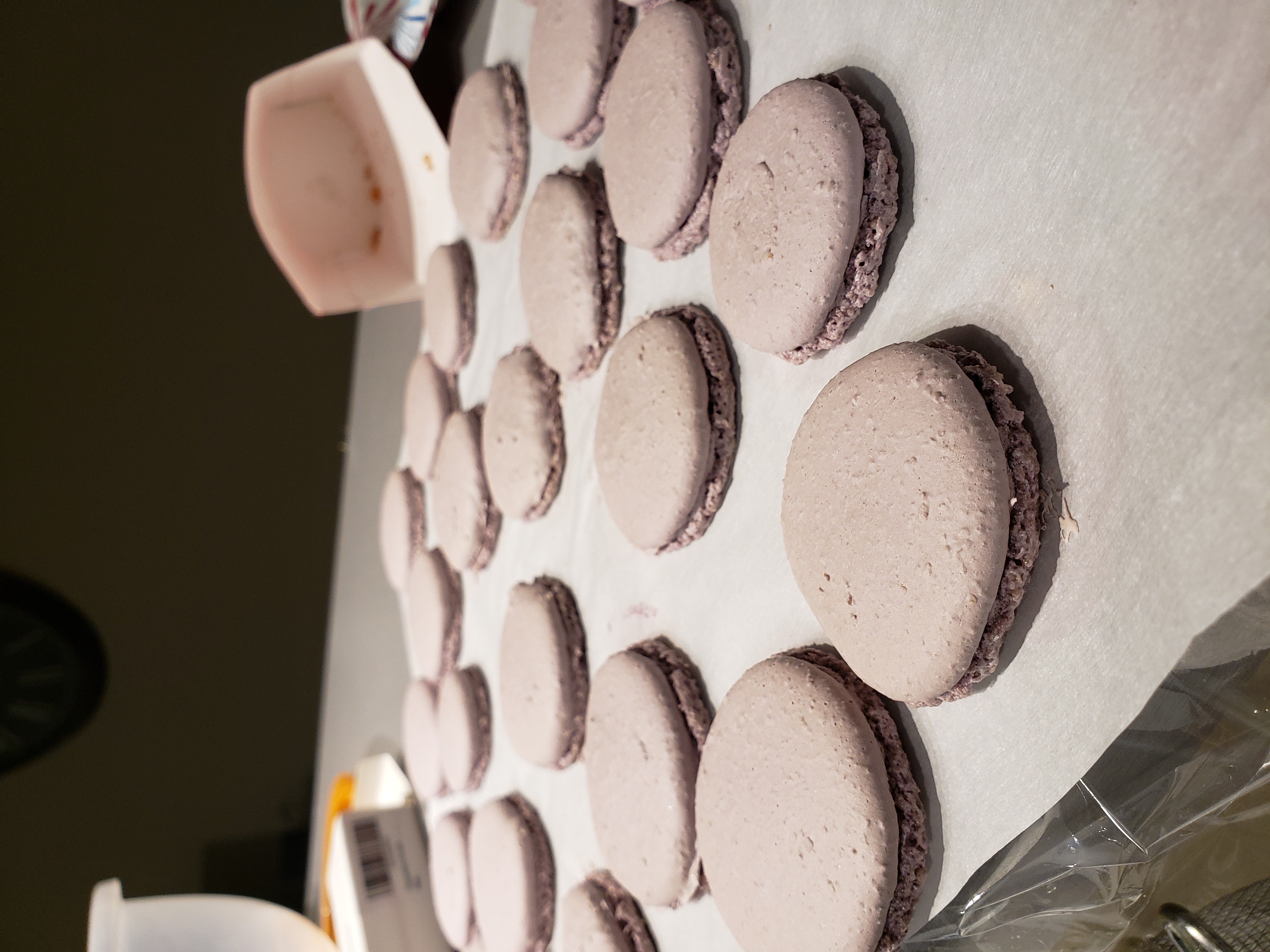 Step 11: To assemble the macarons, pipe or spoon the buttercream onto the bottom of one macaron, then create a sandwich with another shell. 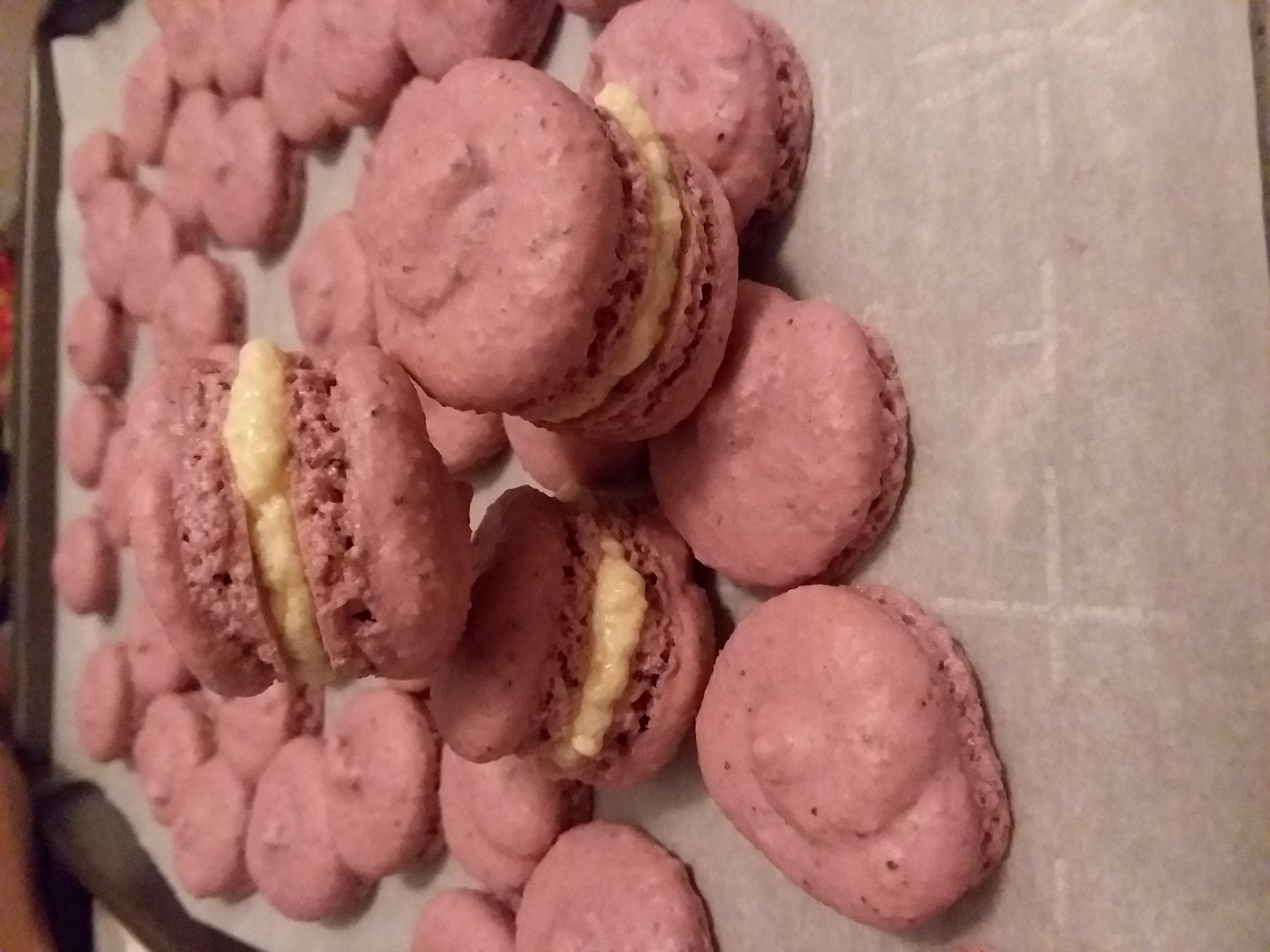 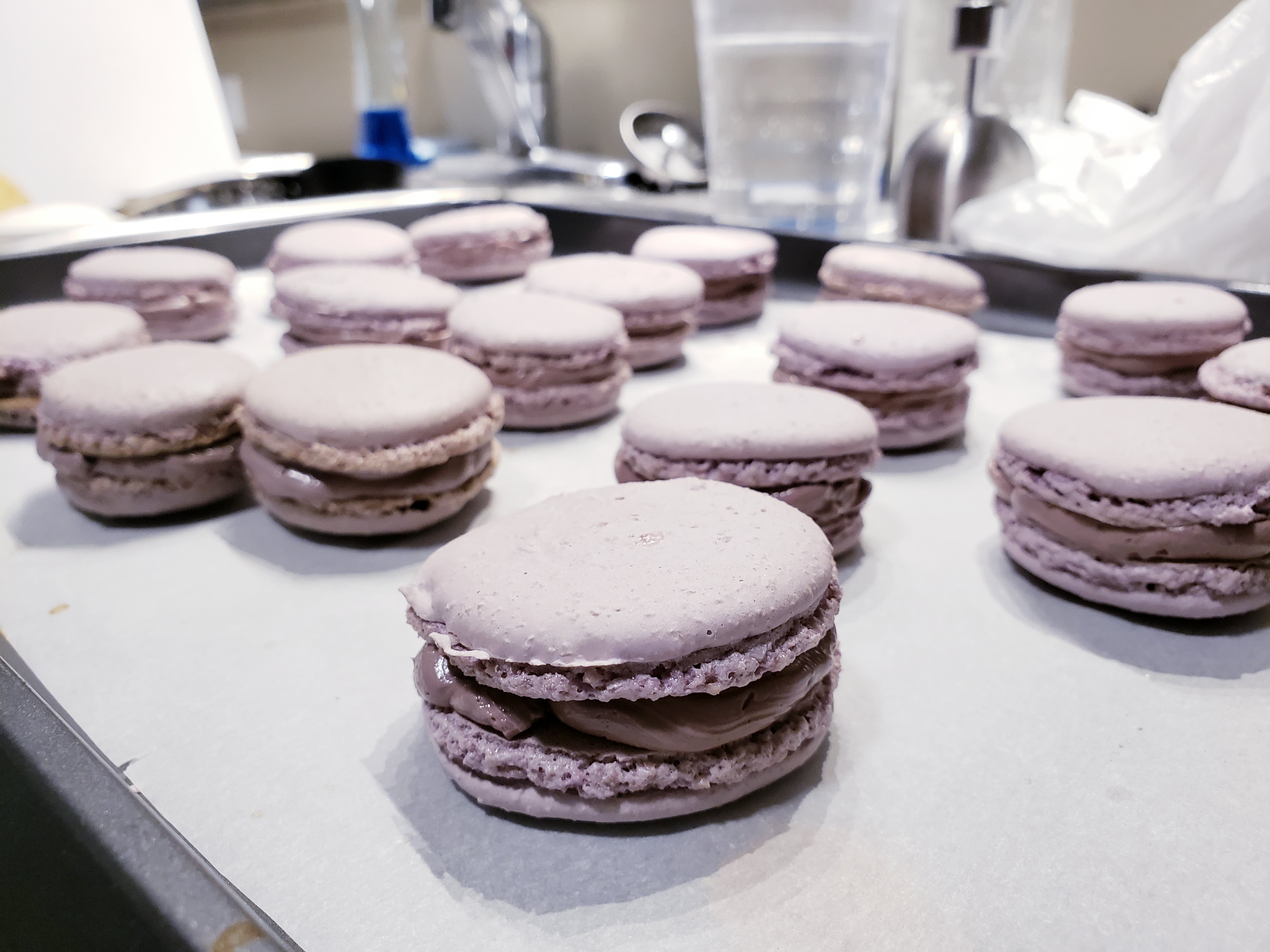 For best taste, store your macarons in the refrigerator for 1-3 days before serving.

Step 1: Place the egg yolks into a bowl and beat with a hand mixer until thick and foamy. 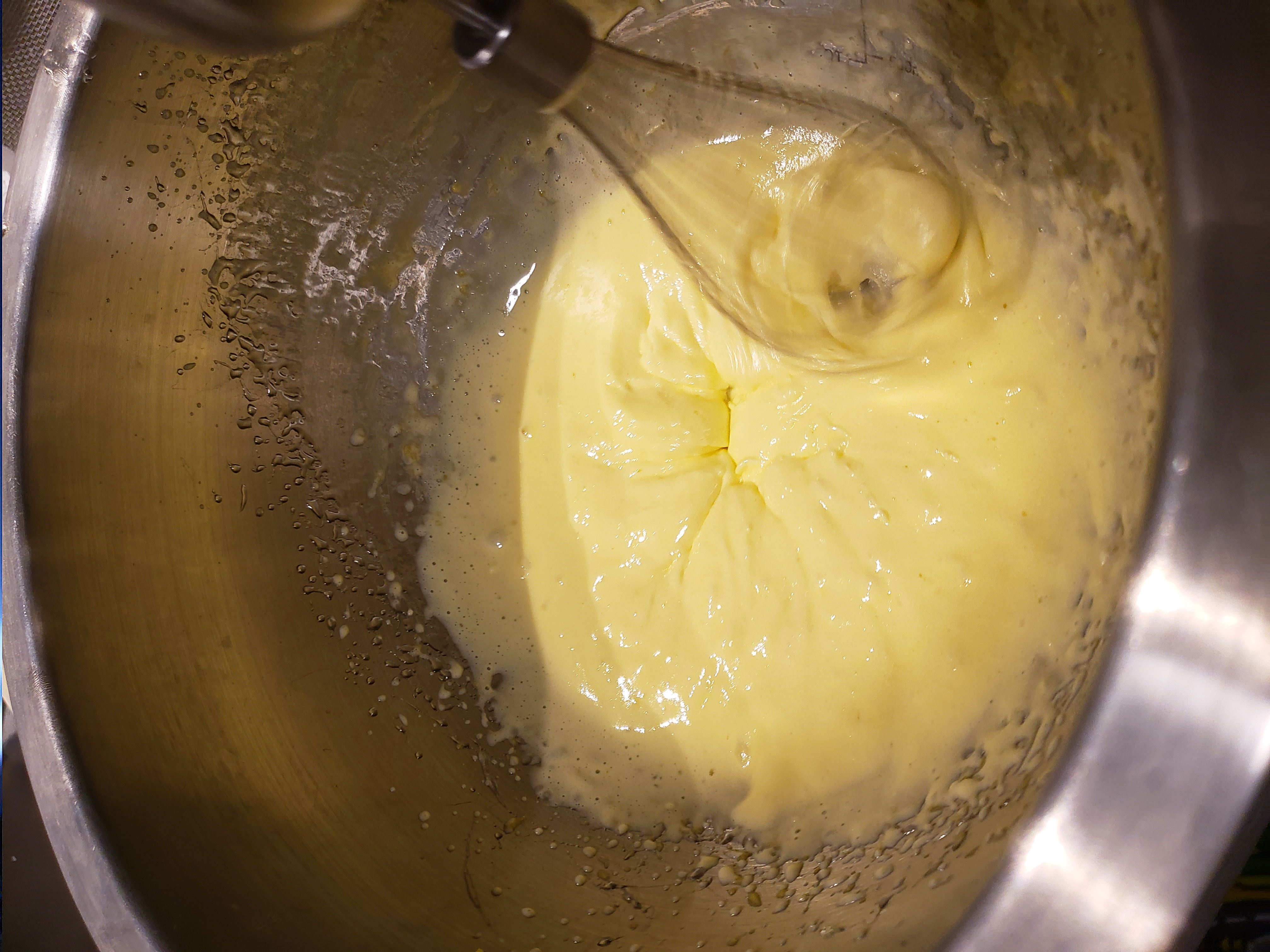 Step 2: In a saucepan, combine the water and sugar to make a syrup. Heat on medium heat until it comes to a boil, stirring constantly to keep from sticking to the bottom of the pan.

Step 3: Turn off the stove and slowly add the mixture to the egg yolks while mixing with the hand mixer. Be careful to avoid splashing, as the syrup will be hot. 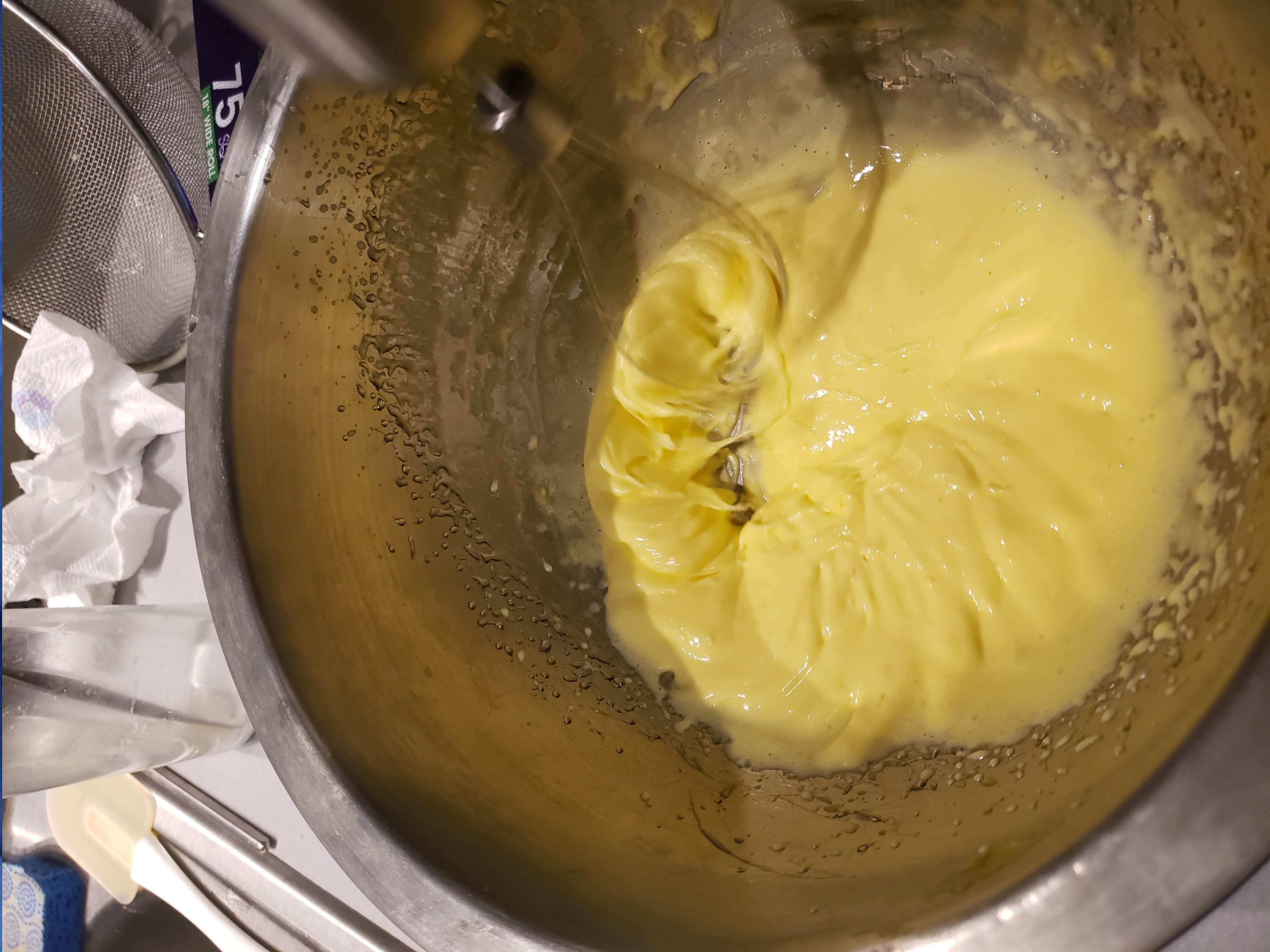 Step 4: Working in small chunks, add the butter until fully mixed in. Continue to mix until the buttercream has the consistency of whipped cream. If desired, mix in flavoring as well. 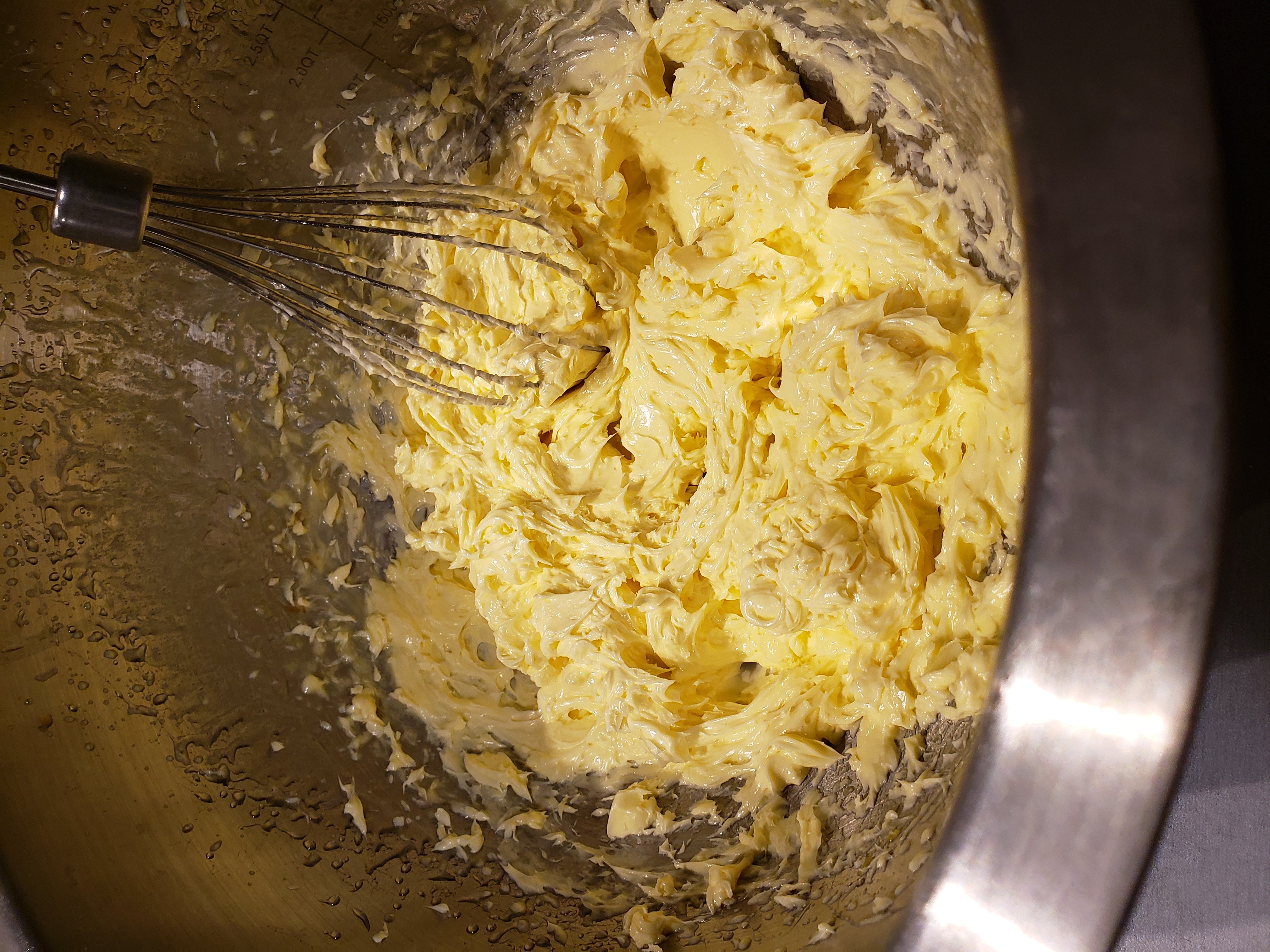 Making french macarons is a culinary process that produces delicate, sweet cookies that are perfect for any occasion. Making them requires whipping and combining egg whites, cream of tartar, and sifted almond flour, among other ingredients, to create the cookies, mixing a buttercream filling, baking the cookies, and assembling them.

Be careful not to acidentally make macaroons. While still delicious, this recipe does not contain proper instructions for baking macaroons. 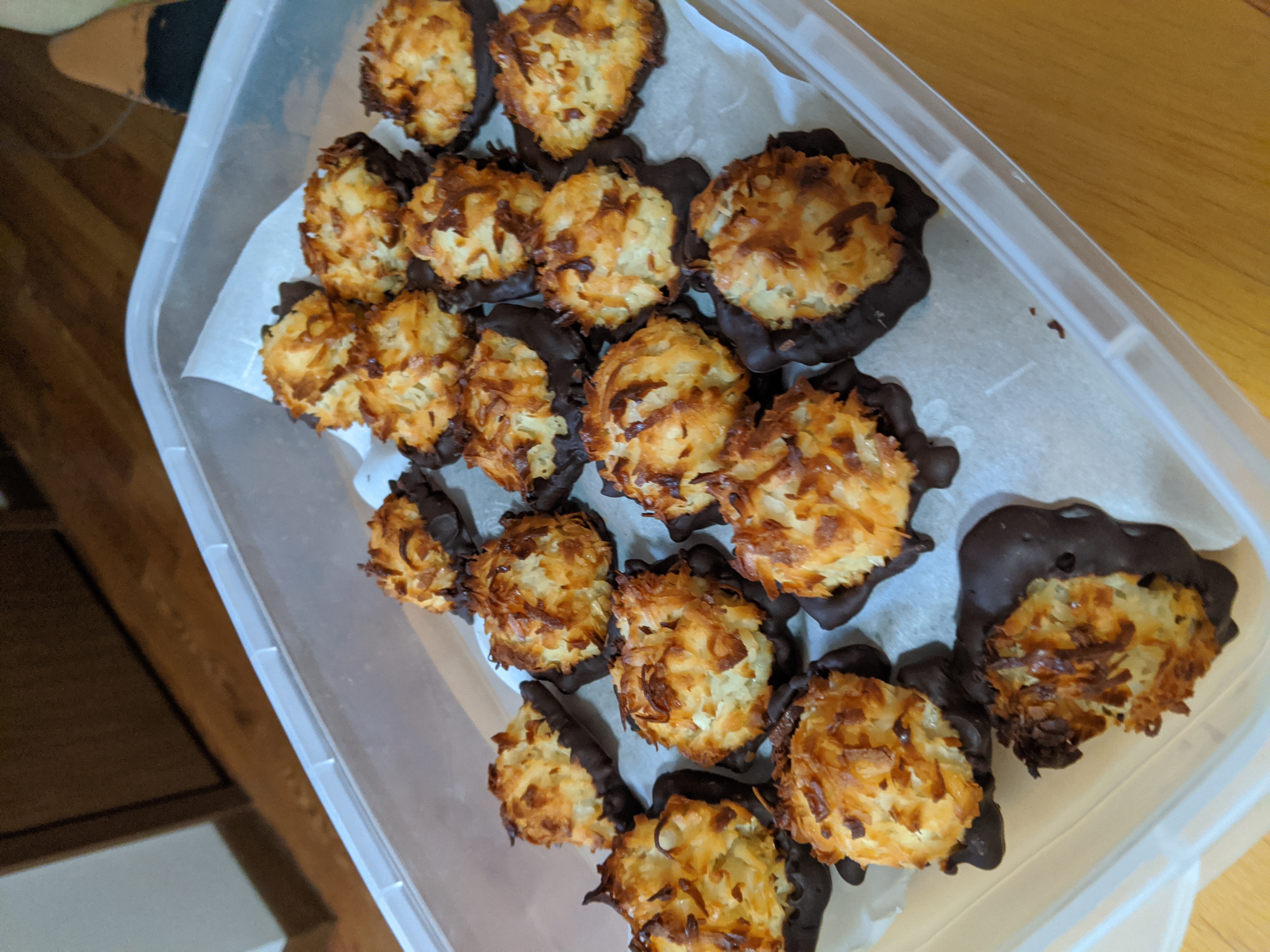